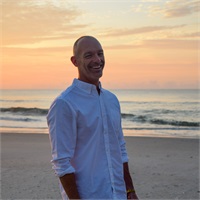 Brian grew up in a small town in upstate New York. His love of sports started in childhood and continues to this day. He played every sport he had access to, swimming, baseball, football, basketball, club lacrosse, and hockey. Oddly enough, he found the path to his future career through the influence of his high school girlfriend. In high school, when Brian wasn’t playing or practicing, he’d spend time at his girlfriend’s house. Brian recalls watching her dad’s evening ritual; he’d come home, grab the newspaper, and turn the television to the stocks channel. Brian was curious, and his girlfriend’s dad accommodated his curiosity by explaining what he was doing.  When it came time for college, Brian knew he would pursue a degree in business.

Brian graduated with his Bachelor’s in Economics in 1995, and has spent more than 22 years as a financial and wealth advisor, holding designations as a ChFC® Chartered Financial Consultant, a CLU® Chartered Life Underwriter, AIF® - inactive, and as an Accredited Investment Fiduciary. A career in finance is the only job Brian ever wanted, but the reality of a field driven by a “commissions first” attitude eventually led Brian to acknowledge that he could and would do better. Brian recalls his grandfather’s distrust of the corporate world, particularly men in suits. His grandfather was a successful train dock supervisor who attributed much of his success on refusing to tow the company line when he knew it wasn’t right. Influenced by his grandfather’s lifelong perspective and his inner drive to do what was right for his clients, Brian left the commission-driven broker world behind. Brian and Michael started RS Wealth Management in 2011, later becoming Hayden Royal of Wilmington in 2020, because they shared a common goal: helping people.

Brian married Corinna in 2000, was saved by His grace in 2001, and became a father in 2001, 2005, and 2008. His life forever changed on Father’s Day 2011 when his youngest son was diagnosed with Ewing’s Sarcoma, a rare childhood bone cancer. Thankfully, he can now say his greatest happiness comes from being able to say he is the father of a cancer survivor!

AIF®: The Accredited Investment Fiduciary® designation is a credential awarded by the Center for Fiduciary Studies, LLC, a division of Fiduciary360, to individuals who meet its professional, educational and ethical requirements, and demonstrate a commitment to fiduciary principles. The AIF® training curriculum culminates in a 60- question exam on the fiduciary practices, which requires a passing score of at least 75 percent. AIF® designees must agree to abide by the applicable code of ethics and complete six hours of continuing education each year on an ongoing basis.