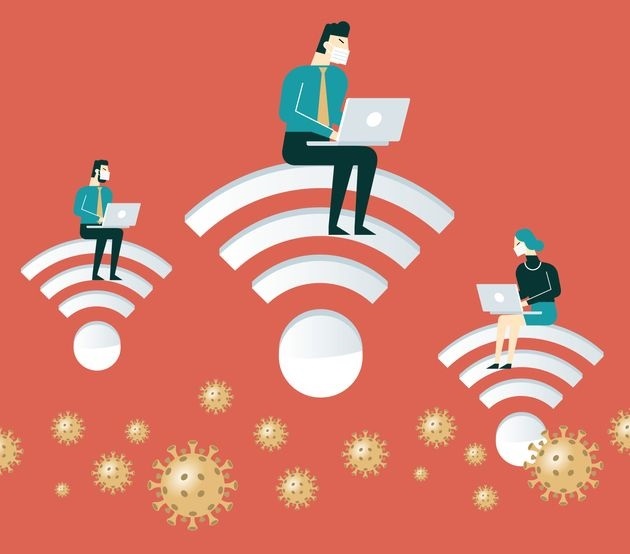 All but one of the major U.S. indexes ended the week higher as investors reacted to strong earnings from Apple, Facebook, and Amazon, plus some prominent economic data. Large caps and growth stocks outperformed as small caps and value shares lagged.

The stock market rally since the end of March has been an impressive run, thanks in large part to the unprecedented monetary and fiscal economic stimulus packages by the Government. Earnings were put on the back burner as the economy entered a self-induced coma.

Fast forward to today after most states have reopened in some capacity, and the question dominating our current earnings season is, would there be clear winners and losers as companies try to adapt to a new American Consumer?

As highlighted in the Market Observation section, the current American consumer has changed their spending and savings habits. A broad-brush picture shows many Americans are spending less day-to-day, allowing them to save at a remarkably high rate, while at the same time increasing their spending on big-ticket items (durable goods).

Another change is in where we are doing our shopping, which leads us to big tech companies.

Apple reported a better than expected 11% increase in sales culminating in a 12% increase in profits. Apple’s stock price has improved over 44% year to date. Apple benefited from work at home devices and the use of their apps as people are spending more time using the internet.

Added screen time with the will to make purchases helped Amazon to a blowout quarter. Amazon reported an 89% increase in operating income.

After much criticism around worker safety, Amazon spent around $4 Billion to improve worker safety and secure their supply chains before hiring thousands of new workers and increasing pay. None of this spending got in the way of reporting record revenue and profits. Amazon stock is up over 70% year to date.

Changing consumer behavior due to the pandemic has led to clear winners and losers in the stock market.

Our current environment emphasizes stock choice over merely buying an index except for the NASDAQ. The exchange traded fund known as the Triple Qs (symbol QQQ) is up 25% year to date compared to just a 1.25% gain for the S&P 500.

To date, the key to success in one’s investment portfolio since the end of March is to buy the companies that participate in things people need in this environment.

Given the recent rise in virus cases, this strategy appears to have more legs.

The U.S. economy registered its worst quarterly decline on record, about -9.5% in the second quarter, according to the Commerce Department.

Previously, GDP had never shrunk by more than -10% on an annualized basis in any quarter since the government began keeping track shortly after World War II.

In the report released last Thursday, they said if the pace of contraction in the second quarter were to last the rest of the year, Gross Domestic Product (GDP) would fall an astonishing 32.9%.

Thank goodness many economists are predicting the economy to show signs of growth before year-end.

Apart from durable goods (long-lasting items like houses and cars), consumer spending fell in every other category. We spent less on services as well as limiting our expenditures on everything from clothing to groceries.

The belief is the "haves", people of means little affected by the virus monetarily, and the folks with $600 per week additional unemployment income, combined with record low-interest rates have fueled the favorable green shoots in an otherwise harsh economic climate.

Federal Reserve Chairman Jerome Powell said this week that the sharp acceleration in COVID-19 infections since mid-June is restraining the ability of the economy to recover from its historic contraction in the second quarter, during which all non-essential businesses shut down.

“On balance, it looks like the data are pointing to a slowing in the pace of the recovery. But I want to stress it is too early to say both how large that is and how sustained that will be,” Powell said at a press conference.

The Federal Reserve has taken an all-hands-on-deck approach and made it clear in their statement released last Wednesday that they have no intention of taking their proverbial foot off the gas pedal.

The fly in the ointment is Congress.

A record fiscal stimulus has been another infusion to the rebound story; however, a stalled stimulus package last week has already created a “what have you done for me lately” attitude. With millions of Americans in effect receiving a $600 per week pay cut with the expiration of the added unemployment benefits, it will expose how long Congress can handle the pressure of inaction.

A political game of chicken is nothing new for our two-party system. This time the problem is Americans receiving the $600 additional unemployment benefits are having to make tough economic choices.

Now is not the time for either political party to "get cute" with an issue affecting so many Americans across the political, socioeconomic and racial divides.

Expect this issue to be front and center in Congress this week with a stock market looking for an agreement between the parties.

The next move in the stock market may depend on the outcome of the negotiations.