Reopening of Our Economy Begins 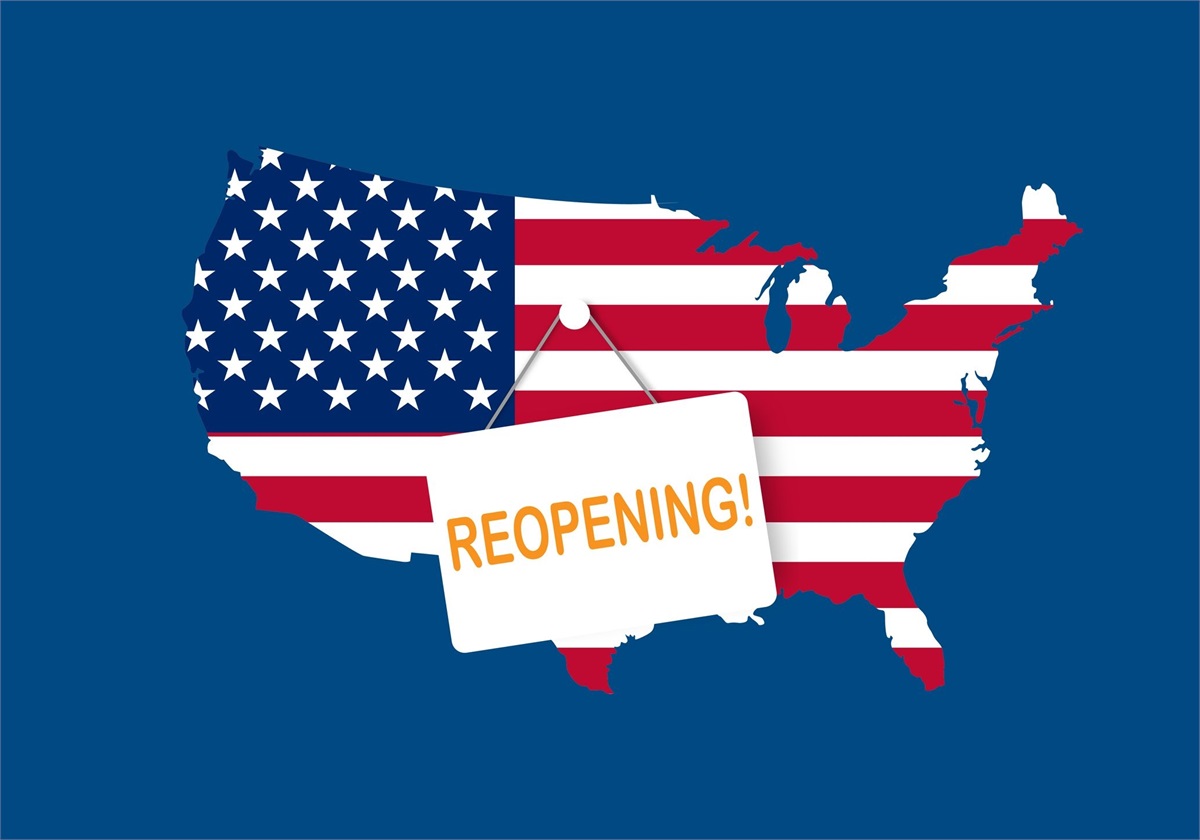 The slow reopening of the economy has given a lift to U.S. stocks. The stock market recorded a second consecutive week of solid positive returns, with slower-growing value stocks again gaining ground ahead of more highly valued growth shares.

At its peak this week, the S&P 500 got within 10% of its all-time high, pulling it out of “correction” territory. Similarly, the technology-heavy NASDAQ 100 Index climbed within almost 3% of its February peak before retreating.

Reopening Gives the Economy a Boost Off Its Bottom

Last week will undoubtedly go down as one of the strangest weeks in American history.

From the disgraceful action of a few Minneapolis police officers to the regrettable response of the looters among the protestors, to signs of life in our economy, culminating with the first space launch from U.S. soil since 2011 on Saturday. It was a wild ride.

Let us first address the crucial activities of the week that might have affected your portfolio.

Data that is typically on the fringe of financial discovery took center stage, as investors looked for any good news to let them know business activity picked up with the loosening of the social distancing rules.

Restaurant bookings combined with increased spending on hotels and airlines gave rise to the hope that economic numbers will improve with each passing week and month.

Airports provided a clue into the mind of the American consumer. The number of people going through airport screenings increased. A sign that at least some Americans are ready to travel again.

Another good sign came from the restaurant industry. Data from OpenTable, an online booking company, showed that in several states, their service was required. People were going out to eat not just ordering take out.

We typically rely on variables with more weight to determine the direction of the economy or a company, but the standard information is in short supply. During earnings calls, most companies did not bother to provide future guidance using the uncertainties caused by the virus as the reason for brevity.

Maybe the restaurant reservations or the number of people passing through airport security checkpoints are not the panacea of information we crave. They do at least point to some semblance of action that represents normalcy.

Here's to hoping that the green shoots of activity continue to increase with each passing day.

To this point in the stock market recovery, the march higher has come off the backs of a select, small group of stocks. Technology and health care sectors have led the way.

Technology, a market leader for years, has been a key stock market driver. Healthcare stocks, which typically benefit from people going to the doctor regardless of economic events, have prospered from the hope of a vaccine(s) as well.

The typical market movers benefited the most on Friday, but the beginning of the week rally came from market laggards.

Shares of "Economically Sensitive" companies took charge of the start of the weak rally with energy, financials, and manufacturing leading the way. Signs of life from these stocks before May had been few and far between.

The stocks that make up the “Economically Sensitive” parts of the market have a long way to go to break-even year to date. With that said, it is a good sign to see the laggards participating in a rally for a change.

The deeper breadth of participation may be a sign for another leg up for the stock market.

The stock market began its ascent based on the fiscal and monetary stimulus with the recent rise focusing on vaccines and reopening the global economy.

With the lack of earnings information coming from companies, in order for the bears to take back control, one of the named four pillars of recovery will have to show signs of distress.

From an economic standpoint, here is where your attention needs to be- on the four pillars.

Not to diminish any other newsworthy issues, but in terms of portfolio performance, the issues in the news are more likely a distraction.

Our job is to pay attention to what your portfolio cares about. On any given week headlines often have nothing to do with market performance.

Last week was full of headlines from the murder of George Floyd, the protests turning into riots and looting opportunities, social media wars between our President and the major social media companies, as well as a manned rocket launched into space.

To me, it just didn’t feel right to end the MMQB without talking about the elephant in the room. The issue of the week, fueled by the injustices of the last 200 plus years, was the murder of George Floyd, a black American, by a white law enforcement officer and the strong reaction to his untimely and unjustified death.

The charges finally levied against the officer seem like the correct charges based on the facts as we know them and the definitions of the different degrees of murder under our judicial code. It does not diminish the horror of what we all had to watch over and over again on our TV screens.

People were screaming for a first-degree murder charge- it felt right- but my understanding of first-degree murder is a willful and premeditated murder. I sure hope our law enforcers are not driving around looking for opportunities to enact a plan to murder our black male citizens or any citizen.

With that said, after watching the horrific video, why did it take several days to levy the charges and make the arrest? The officer should have been charged as quickly as whatever proceedings that are required could be exercised. And then, let due process run its course.

As a kid, one of my favorite sports memories was the 1980 Olympic hockey team. I remember the great feeling of pride in my country as the seconds ticked away, and Al Michaels counted them down, finishing with “Do you believe in miracles?”.

The movie that came out years later, chronicling the unlikely journey of a group of college hockey players beating the greatest hockey team on earth, flooded my mind as I watched all the news coverage of the protests and riots this weekend.

Herb Brooks, the coach of the U.S. team, would ask the players to state their name and who they played for. Over and over, the players would say their name and their college hockey team. Each player's answer always brought the focus on what made them different from one another.

In one of the most dramatic scenes from the movie, Coach Brooks has the players doing a conditioning drill after a poor showing in the game they just finished. Over and over they skated up and down the ice until players were throwing up.

They were exhausted, barely able to stand, never mind continue with the conditioning drill. The team captain Mike Eruzione yells out his name but, instead of shouting his college team, he states that he plays for the United States of America. He got it!

Coach Brooks brought a hockey team together, waiting for them to realize they were one, and, if they acted as one, together they could accomplish something great. Are we any different? Envy and selfish ambition are, and will always be, at the root of disorder and evil practices.

Coach Brooks wanted them to come to an understanding of how their skills and talents could be combined to create a miracle. He wanted them to look forward and be better, not look backward and continue to point fingers!

I am just a simple financial person, and in no way from my limited perspective, do I believe I have any answers to such complex problems built through a history that is well outside my years and my life experience.

Last week and still today, repeatedly in TV interviews, people described themselves by race or heritage. They would say, "... as a white American, or a black American, or an Asian, Mexican, or whatever American".

My mind drifted to Herb Brooks - we are not just something-American. We are American. Maybe when asked to check the box associated with race, going forward, we should write in Human and check that one. We can be proud of our heritage or race, but not let it continue to divide us.

Maybe if we ALL recognized each other as teammates with different skills and perspectives, as Americans, not something-Americans, we could focus on what makes us better together, letting go of the fear and resentment that makes us bitter towards each other.

What happened to George Floyd was egregious and everyone I have spoken with agrees! We are in this together and there is where the solutions lie.

The American experiment, as much as ever, is under the microscope, and the world is watching…