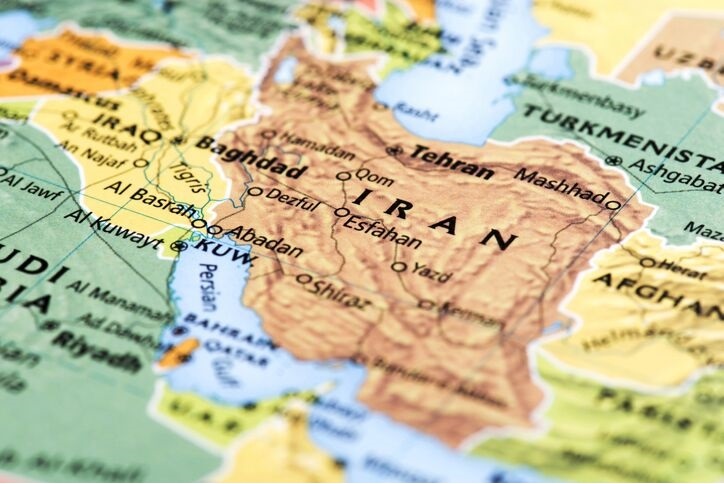 U.S. stocks ended the holiday-shortened week mixed after global markets pulled back on the news of the U.S. attack on Iranian military leaders in Iraq the previous evening.

The technology-heavy NASDAQ Composite fared the best, while the smaller-cap indexes underperformed.

Middle East Tension Appears to be Noise, but War Will Be News

Middle East tensions are nothing new. Iranian-backed militias have attacked U.S. troops and our allies in the Middle East ever since the Afghan War began almost two decades ago.

Tension between the U.S. and Iran escalating into violence seemed inevitable since the U.S. pulled out of the Nuclear Agreement in May of 2018 and crippled the Iranian economy with sanctions.

So, what is different, if anything, about the latest acts of violence between the two countries and what does this mean for us as investors?

Our 24-hour news channels must fill the time with noise because there simply is not enough “news”!

The first responsibility of the networks is to the advertising money, so it's their job to keep you interested. So, what are we to make of the non-stop discussions related to the events in the Middle East culminating in a U.S .drone strike killing the Iranian general while in Iraq?

Nassim Taleb, a Lebanese-American scholar who is world-renowned for his understanding of randomness and probability once said, “Anyone who listens to news, except when very, very significant events take place, is one step below a sucker.”

He is also a former option trader and has been a practitioner of mathematical finance, a hedge fund manager, and a derivatives trader, and is currently listed as a scientific adviser at Universa Investments, so he speaks with "real-world" knowledge.

Unfortunately, for those seeking specific answers, I think we are in a "wait and see" mode.

The Red Line Was Crossed

The U.S. response made up of airstrikes and the killing of Iranian Major General Qassem Soleimani were in response to the death of a U.S. contractor in Iraq.

The Iranians knew that American casualties were a red line. Secretary of State Mike Pompeo warned in mid-December that should harm come to any American, the U.S. would respond decisively.

On December 27th, the red line was crossed when a militia group with direct ties to Iran carried out a rocket attack on a military base north of Baghdad, the capital of Iraq, killing a U.S. contractor.

“We took action last night to stop a war. We did not take action to start a war.” – President Trump

Secretary Mike Pompeo said the attack aimed to show resolve to deter Iran against further aggression and that the U.S. remains committed to de-escalation. Iran’s response? “Hard Revenge”- whatever that means.

"Whatever that means" is where we currently wait. Are we in the midst of a flashpoint with more rhetoric than action, or does Iran intend on acting out something more ominous?

The stock market losing a few hundred points on a Friday is nothing to take note of. However, should Iran escalate the tensions to another level, protecting your portfolio for a larger drop will be prudent.

We constantly take the temperature of the current market through the lens of three distinct time frame measures (long-, intermediate- and short-term) and take appropriate action as things change.

Currently, nothing has changed.

Lost in the news about the rising Middle East tensions was a major announcement from the Peoples Bank of China (PBOC).

The negative effect of tariffs on the Chinese is not a secret. The Chinese have suffered from a slowing economy from the double digit growth they have enjoyed for decades to single digit growth of around 6%.

The PBOC announced it will further loosen their monetary policy by reducing their banks' capital requirements.

Combine this stimulus with the optimism around the U.S. and China making their Phase One deal official at a signing ceremony on January 15th, and it gives hope to both economies. President Trump also claimed he will travel to Beijing to negotiate the second phase of the trade deal.

Positive news all around.

The stock market started the year off positively on the China news and the markets maintained rally mode as a result. Unfortunately, rally mode gave way to a shallow sell-off due to the rising tensions in the Middle East.

News or Noise? Only time will tell.

Time to be patient but with a plan!